Mr Prakash specialises predominantly in knee and hip joint surgery especially for young adults (age 20-65). He has been helping clients for many years and here at what some of them have to say.

A massive difference to my life….

My knee had been sore for about six to nine months and my symptoms progressively got worse with the pain sometimes keeping me awake at night. It got to the point where I couldn’t do any exercise without being in a lot of pain. I also found it difficult to drive for long periods of time.

My GP referred me to Mr Prakash and he undertook a knee arthroscopy.

I was quite shocked at the extent of the damage that was revealed and I had not really been expecting further treatment. Mr Prakash explained about autologous chondrocyte transplant. I felt very much that it was a joint decision and that all the pros and cons were fully explained. It was made clear that doing nothing was not an option otherwise I would be facing a definite future of arthritis and pain.

The immediate six weeks after the op was difficult as I think I had underestimated quite how hard it was being on crutches and having no weight on the right leg.

Physiotherapy was hard work initially and getting the muscle tone back in my quads took some time. However, Mr Prakash had warned me about the extent of the muscle wastage that I could expect. I was on count down to the day that I could put weight on the foot and that felt like a milestone had been achieved. The procedure has made a massive difference to my life. It felt like I wasn’t making progress for a few weeks and then suddenly I’d realise that I could do something again and it was little things like being able to curl my legs up on the sofa and being able to kneel down that really kept me going.

I’ve been a keen walker and the previous year was struggling to walk a few miles. Then I did Snowdon – up the Pyg Pass and down the Llanberris Pass. Getting to the top, albeit slowly, was quite emotional as I realised how far my knee had come – 12 months previously I wouldn’t have been able to even contemplate that.

I am back walking and have found new walking groups. I’m now in the Peak District most weekends and I am planning a 26-mile sponsored walk for Help the Heroes. Driving is no longer a problem so that has made getting around much easier. I’m also going to have a go at doing some cycling and may invest in a bike sometime soon. To sum up, I’m back to the levels of activity I was previously and don’t miss the gym one bit!

In essence, I would encourage those patients who are suitable for this procedure to go for it. Mr Prakash tells you it is not a quick recovery and that is true, but it totally worthwhile.

I would totally recommend Mr Prakash. He understood my concerns, answered all the questions and at all times I felt it was a joint decision. He concentrated not just on my knee but on my lifestyle and what I wanted to achieve.

I can only say a very big thank you to Mr Prakash! 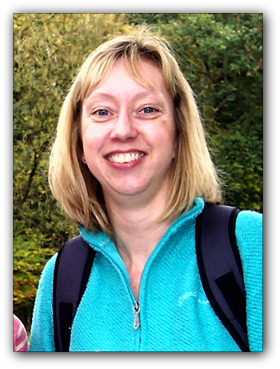 Testimonial from a happy 50 year old with new knees.

My story will be a familiar one to anyone who has developed arthritis in one or both knees. I gradually became unable to walk more than a few miles, and I certainly didn’t want to run! Jumping down from a low height was definitely something to be avoided. I found that my walking distance reduced to the point where even walking around the supermarket became an issue. The deterioration is gradual and, like most people, I made changes in my life to compensate.

I saw another consultant who, as you would expect, advised me to lose weight, but told me I was far too young to think about a joint replacement. I was even told not to think about it “until I was in a wheelchair”. So I struggled on, but life became very hard. I became very overweight due to lack of exercise and terribly depressed. Finally, when I could not walk 50 meters, decided to find someone who would do something for me. 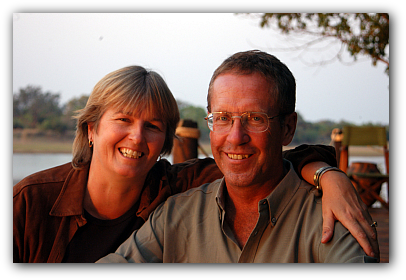 The results of a sporting youth can sometimes be injuries which come back to haunt you as you get older. I started having knee problems as a teenager but in spite of having my knee cap removed, I managed to carry on playing most of the sports I wanted to into my late thirties/early forties. Now in my sixties, my only sporting activity is golf but even after several arthroscopies I had reached the stage where it was too painful and had to stop.

At this point I saw Mr. Divya Prakash who suggested that I might consider an autogolous chondrocyte implantation which would involve cartilage cells being taken from the knee, multiplied and then implanted back into the knee. Although it would be quite a long rehabilitation period it should prevent further deterioration and could well improve the situation.

Nine months later, I was back on the golf course and now, after a year, I am able to play as much as I want and the improvement is continuing. Definitely a success. 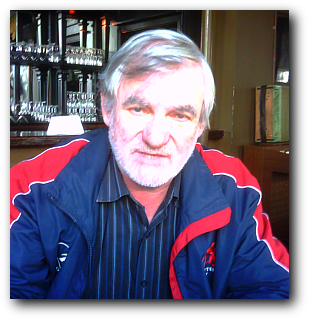 For six years I was in pain, I was unable to stand for any length of time and my posture was not good and I found the normal routine of life quite difficult. I was referred to Mr Prakash and the treatment and care I received was excellent. Within seven months, I had joint replacements for both my knees.

Following both operations, I was home within three days and off my crutches within six weeks; it has given me a new lease of life. I attend an easy gym three times a week and a keep-fit class once a week, I can now do all the things I used to do without any pain, which is great. Friends and family cannot believe the fantastic improvement I have made. 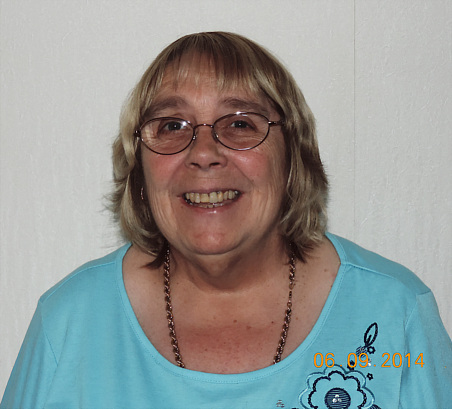 I had been in pain for four years and my life severely restricted after septic arthritis in my hip. My life changed when I was referred to Mr Prakash. His explanations of my condition were clear and easy to understand and gave me renewed confidence, and after the operation I felt a great weight lifted from me.

From only being able to get around on crutches before the operation, I am now totally independent and even more active than before the problem. I now go to the gym three times a week and do a lot more walking. A big ‘thank you’ to Mr Prakash and his team. 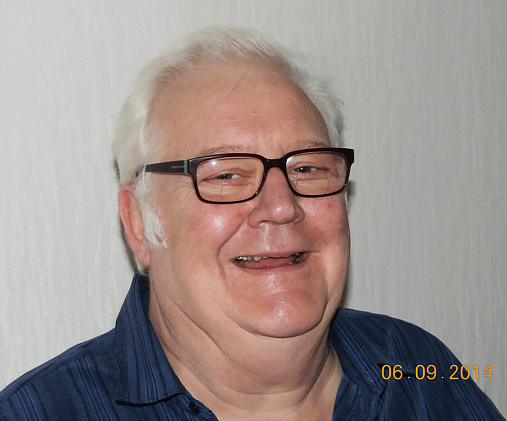 As a not particularly sporty person I managed to get myself an injury normally associated with sportsmen and body builders. I am an I.T. specialist and, from time to time, have to handle heavy computer equipment. One day while manoeuvring a very heavy piece of kit from the back of my car I felt an intense pain in my right arm accompanied by a loud snapping noise! I lost most of the strength in my arm and strange lumps and bruises started to appear.

After a couple of visits to A&E I was referred to the Fracture Clinic where I met Divya Prakash who quickly diagnosed that I had a suspected detachment of my distal bicep tendon which would probably require surgery to correct. This came as a bit of a shock, I was very apprehensive about the thought of having an operation under general anaesthetic and also feared that the holiday I’d booked for my family in two weeks’ time would have to be cancelled.

I need not have worried. Mr Prakash arranged for me to have an ultrasound that day which confirmed that I had suffered a complete detachment of my bicep tendon. He then arranged for me to have surgery the very next morning. I saw Mr Prakash again on the evening before my operation where he outlined the procedure clearly, told me exactly what would happen before and after the operation and put my mind at rest about my fears regarding the general anaesthetic and ‘going under the knife’.

The morning of the operation could not have gone any smoother. I was only in hospital for a few hours and despite me knowing that this was a complex procedure for the surgeon, Mr Prakash’s professional and sympathetic manner left me feeling totally reassured and that I was in safe hands.

I managed to get my holiday after all, and two months on I have full movement in my arm, I’m totally pain free and regaining strength. The scar is neat and tidy and I’m well on target for a full recovery.

Divya Prakash may well be a leading knee and hip specialist but I can tell you from personal experience, he does a pretty excellent job with arms too! 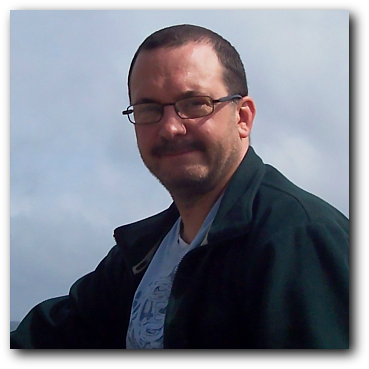 The quality of life the surgery has given me back….

I had my operation in February 2009. I have been privileged to have had the surgery (autologous chondrocyte transplant) and to have enjoyed the results.

Having competed for several years in triathlon up to Ironman distance and on several occasions represented Great Britain as an age group athlete, in November 2005 I found myself in severe pain in the right knee. The joint had swollen severely and on occasions became immobile (stiffness). This eventually rescinded, however I was left with what I describe as toothache like pain in the knee joint which left me with numerous sleepless and or interrupted nights of rest. I tried different pain relief methods, the usual ones such as ibuprofen and paracetamol. I also tried running aids such as knee supports and strapping.

None of the above worked in totally relieving the symptoms and so I self referred to physiotherapy. They ran a course of physio and also tried acupuncture, but still I was in pain and swelling occurred if I tried to exercise anywhere near the level at which I had previously been capable. I persevered and self treated for some 18 months before attending my GP for treatment. My attendance was due to more and more sleepless nights with knee pain.

He referred me to Mr Prakash. After consultation with Mr Prakash and his request for x-rays and a MRI scan I was found to be grade 3-4 arthritis in the right knee.

Mr Prakash told me about autologous chondrocyte transplant. He explained that it was a relatively new procedure in surgical terms and that early cases had shown success and return to normal lifestyle although not 100%.

This was now October 2008 when I elected to go forward with the autologous chondrocyte transplant.

I need to explain the quality of life the surgery has given me back. I now no longer have sleepless nights and find myself pain free. I have been walking on average 5 miles a day since summer of 2009. I now cycle again, committing to a training schedule with my ultimate aim to pick up my passion for Triathlon, although not at Ironman distance.

I have begun running regularly on grass having learned the lessons the hard way of running on hard unforgiving surfaces for so many years. I owe all this rejuvenation to my knee surgery (autologous chondrocyte transplant). I would recommend this surgery for similar problematic knee joint injuries or ailments and have no hesitation in recommending Mr Prakash to friends, family, and sporting colleagues. 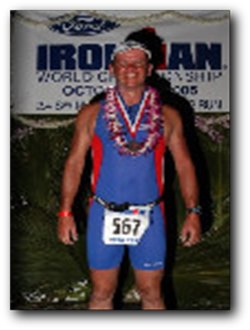